The earliest known burial that is still marked is that of Gen. John Holly Knapp, the founder of the City of Fort Madison, who passed away on January 4, 1837.

Elmwood Cemetery is located in the 2100 block between Avenues L and M. Elmwood's first known burial with an existing marker was that of Jane S. Cowles in 1841. 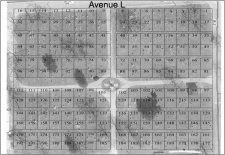 Oakland Cemetery is located at 4025 Avenue O and is the largest of the city's cemeteries at 24.8 acres. Oakland is a perpetual care cemetery.

Oakland is home to Soldier's Circle, where former and present City of Fort Madison residents who qualify as vete 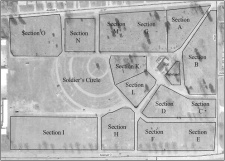 rans under the Iowa Department of Veteran's Affairs requirements may be interred. A Memorial Day Service is held each year at Soldier's Circle followed 30 minutes later by a memorial service at the Veteran's Memorial in Riverview Park.

Sacred Heart Cemetery is located south of Highway 61 on 48th Street and is 13 acres in size. Sacred Heart is a perpetual care cemetery.

Sacred Heart was founded by Sacred Heart Catholic Church and was transferred to the City of Fort Madison in 1974.